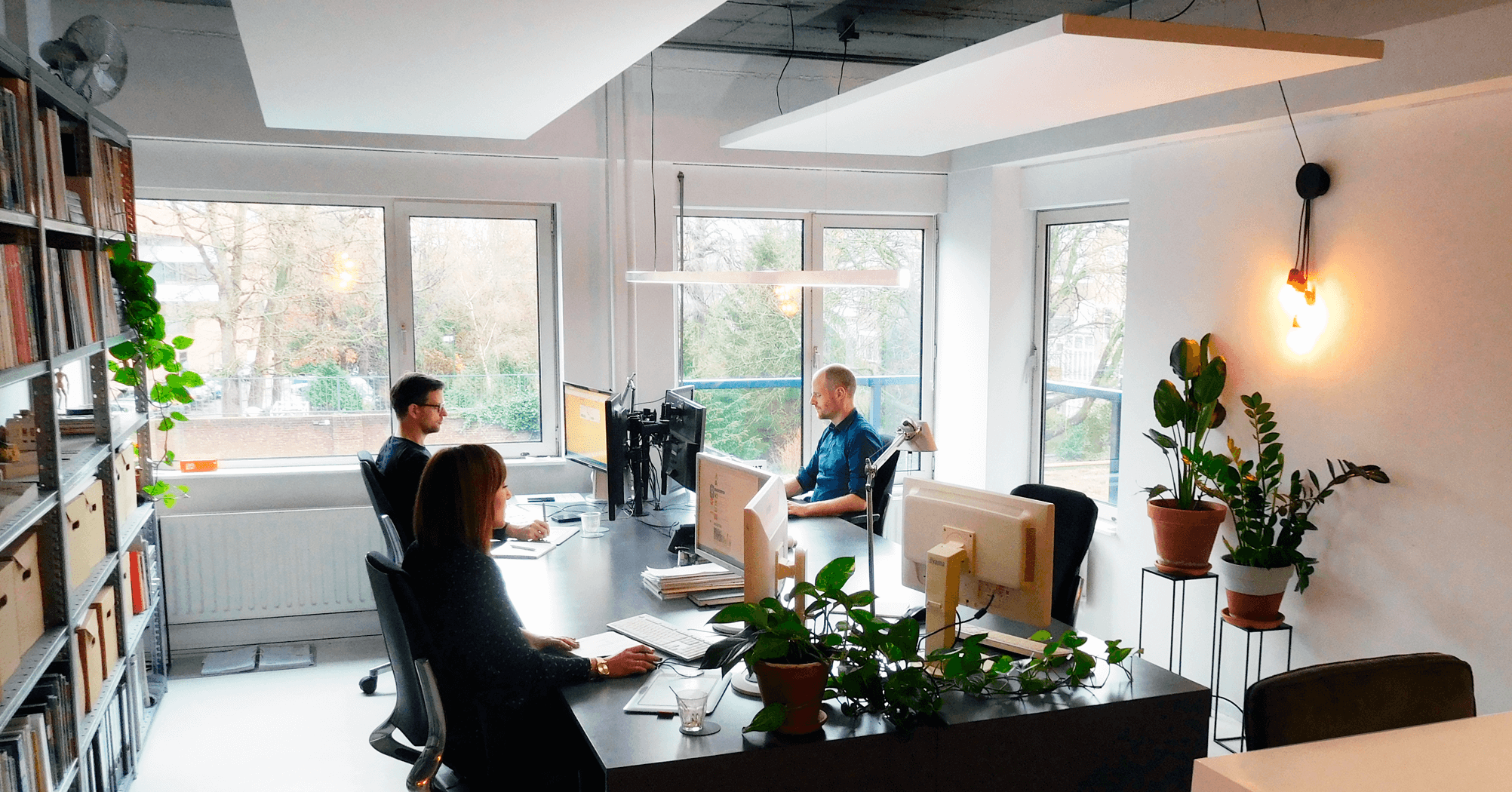 The collaboration between the two partners of the firm dates back to 1998. Jeen Pot and Jos van Heerde started studying architecture at the Hanzehogeschool in Groningen. Knowing how to make a building is an important element to good architecture. In 2004 TU Delft was a logical next step to actually design good architecture.

Since 2018, the two have established themselves under the name J2Creators.

The firm works from The Hague with a young creative team of architects, engineers and interior designers with one goal: to create a harmonious total design with an appropriate balance between emotion and function.

New designs do not come from the drawing board. It are thoughts; originated from a play of facts, opinions, experiences, wishes and desires. Attentively listening to map these thoughts is therefore the basis of every design. This results in a combination of high-end architecture, interior and furniture in both non-residential construction and residential construction that ensures high quality buildings and design.

Jeen Pot worked for Olaf Gipser Architects in Amsterdam during his studies between 2005 and 2007. After his studies he joined the architectural firm of cepezed in 2008. There he worked as a project architect on numerous projects including the redevelopment of the Veilingweg complex of the Rotterdam Police Rijnmond, the new building for the Centre for Human Drug Research, project C² which included the housing of architectural firm cepezed and the information desks for the Dutch National Railway. In 2017 Jeen founded his own architectural firm J1 in Delft. Jeen has been well introduced in the use of Revit and other 3D applications and also functions as a coordinator in the field of Building Information Model (BIM).

Jos van Heerde worked for a year at Archipelontwerpers after his studies on various projects including the design for Green Island Kuwait, Astoria a large-scale transformation in the center of The Hague and the Harbor Master a housing project in Scheveningen Haven. He founded DJØST - studio for architecture and in 2013 this was renamed MOTUS architects. Under this name several (large-scale) housing projects are realized in The Netherlands and abroad.