Praia da Bordeira, regarded as one of the most beautiful beaches in Portugal, noted for its rugged limestone cliffs and extensive sand dunes. A beach with three kilometres of uninterrupted sand, exposed to the unpredictable ocean. A perfect surf spot with good waves, where it may just turn from a nice summer day into a raging storm.

In this rough spot on the coast, surf villa OFF-GRID hangs on the cliffs high above the water. It is reached by a path carved out of the rocks. Due to its elevated position, the villa can be used during both high and low water.
The villa has been designed entirely to its surroundings. The facade of the building is closed to the south, but opens up to the north. However, it captures the morning and evening sun. In this way the indoor climate is easy to control, while there is still sufficient natural light to enter.

The villa is self-sufficient through the use of i.a. solar energy, thermal storage, a greywater system and a compost tank. These facilities are included in the design. Thus the roof is covered with solar collectors and slightly tilted to the south, for an optimum energy yield. 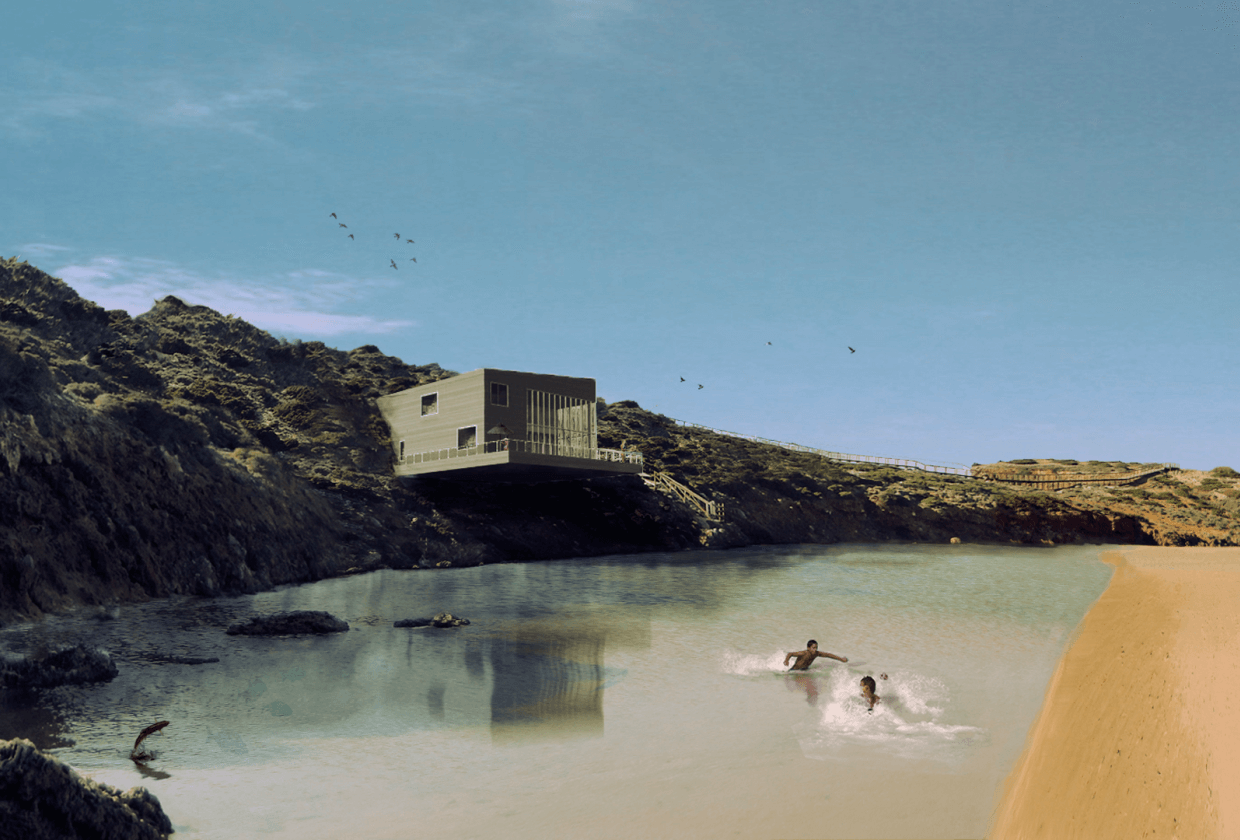 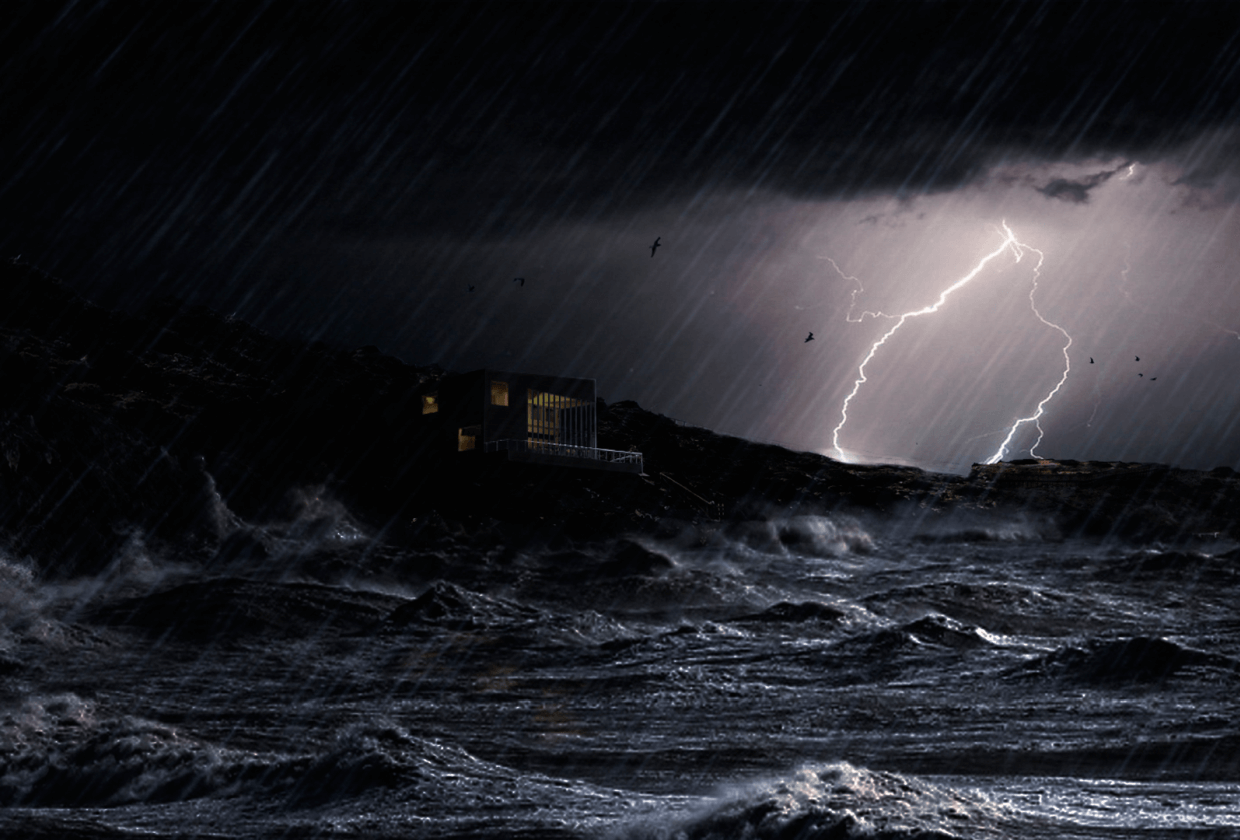 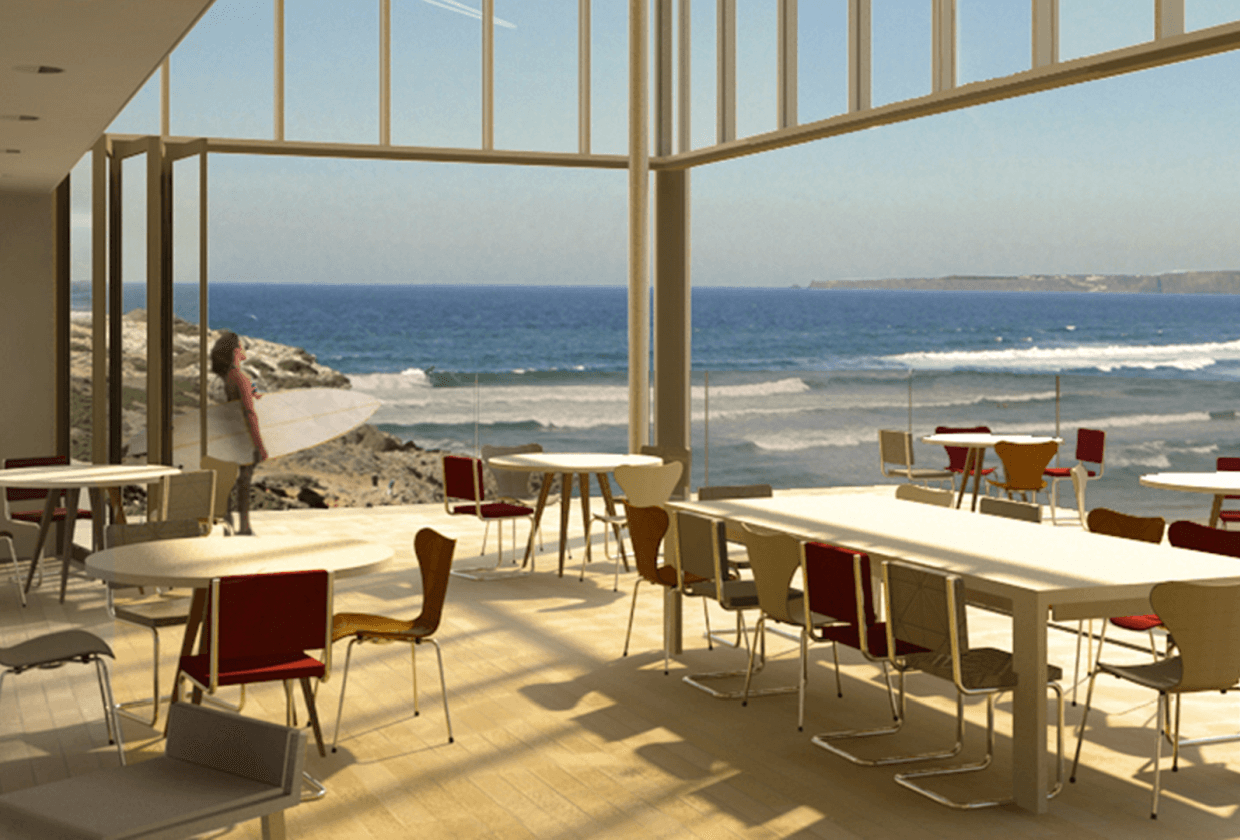 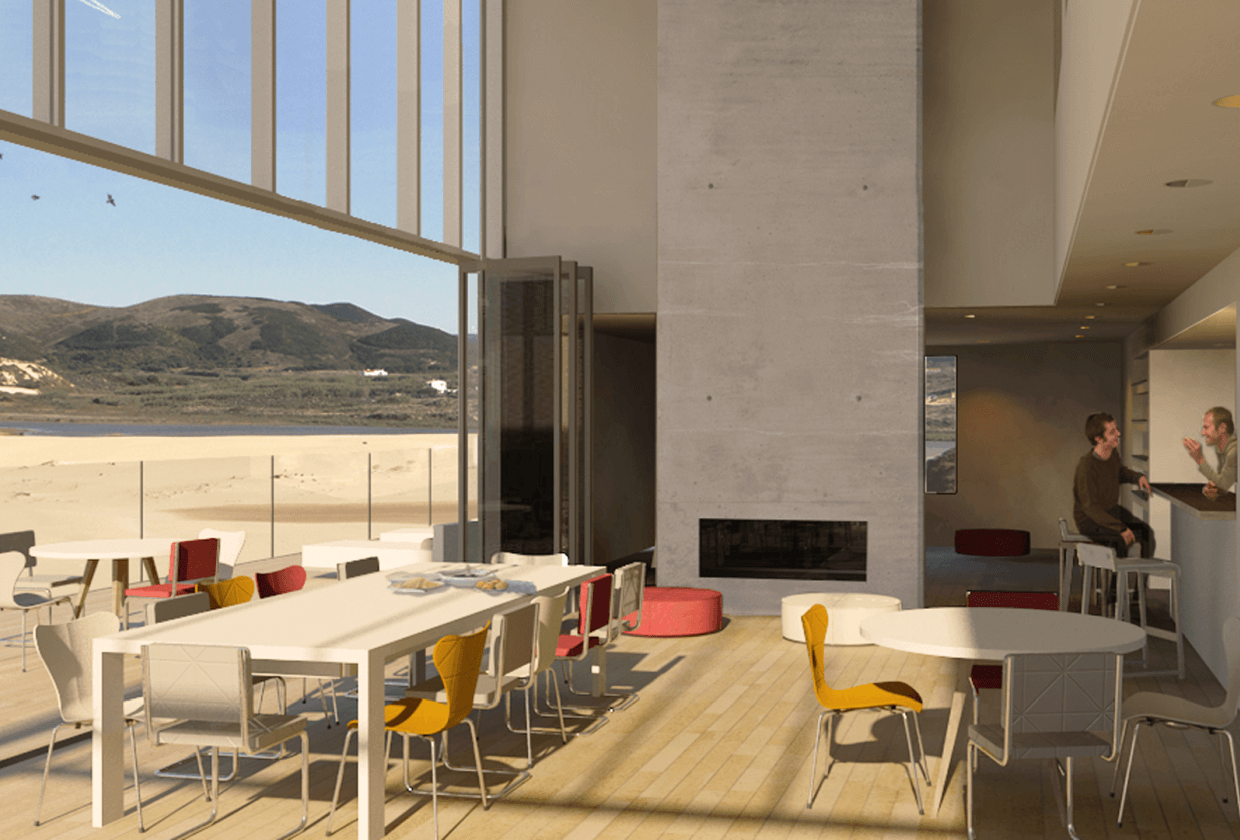 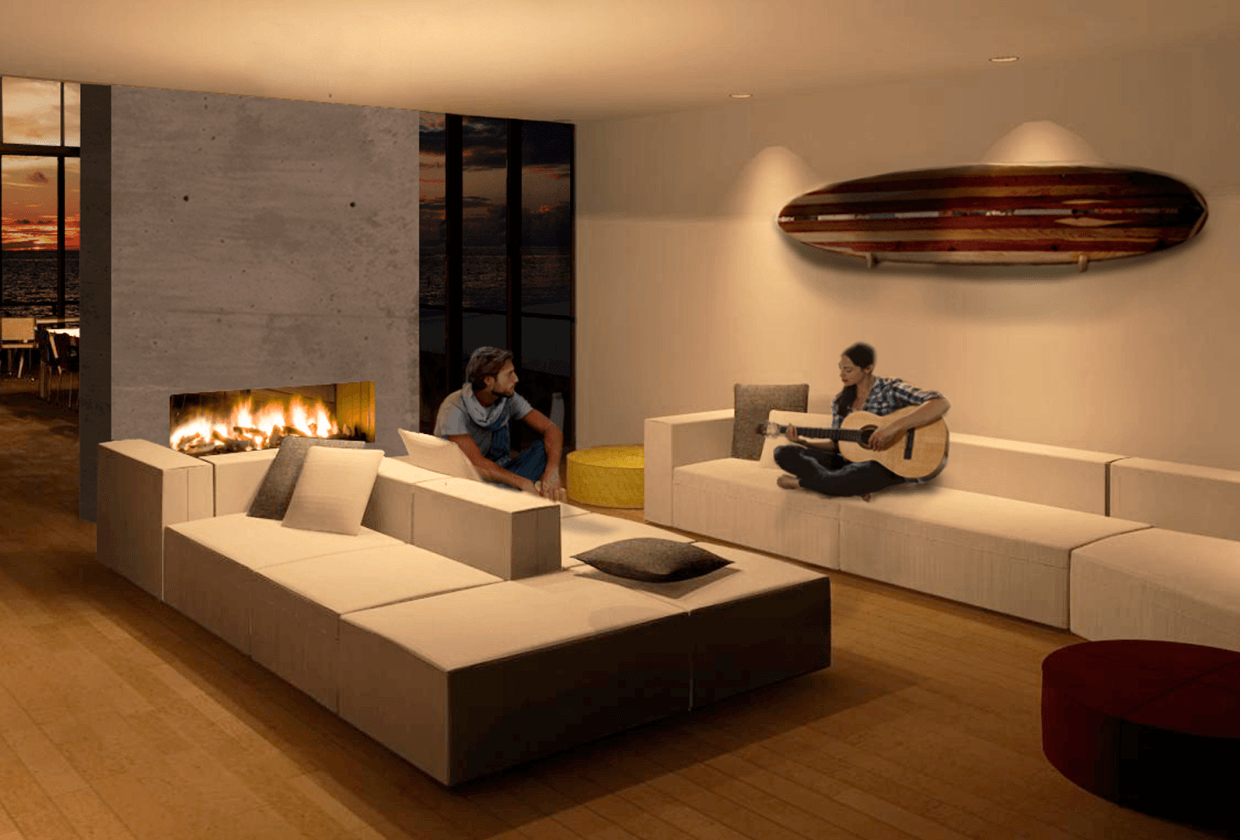 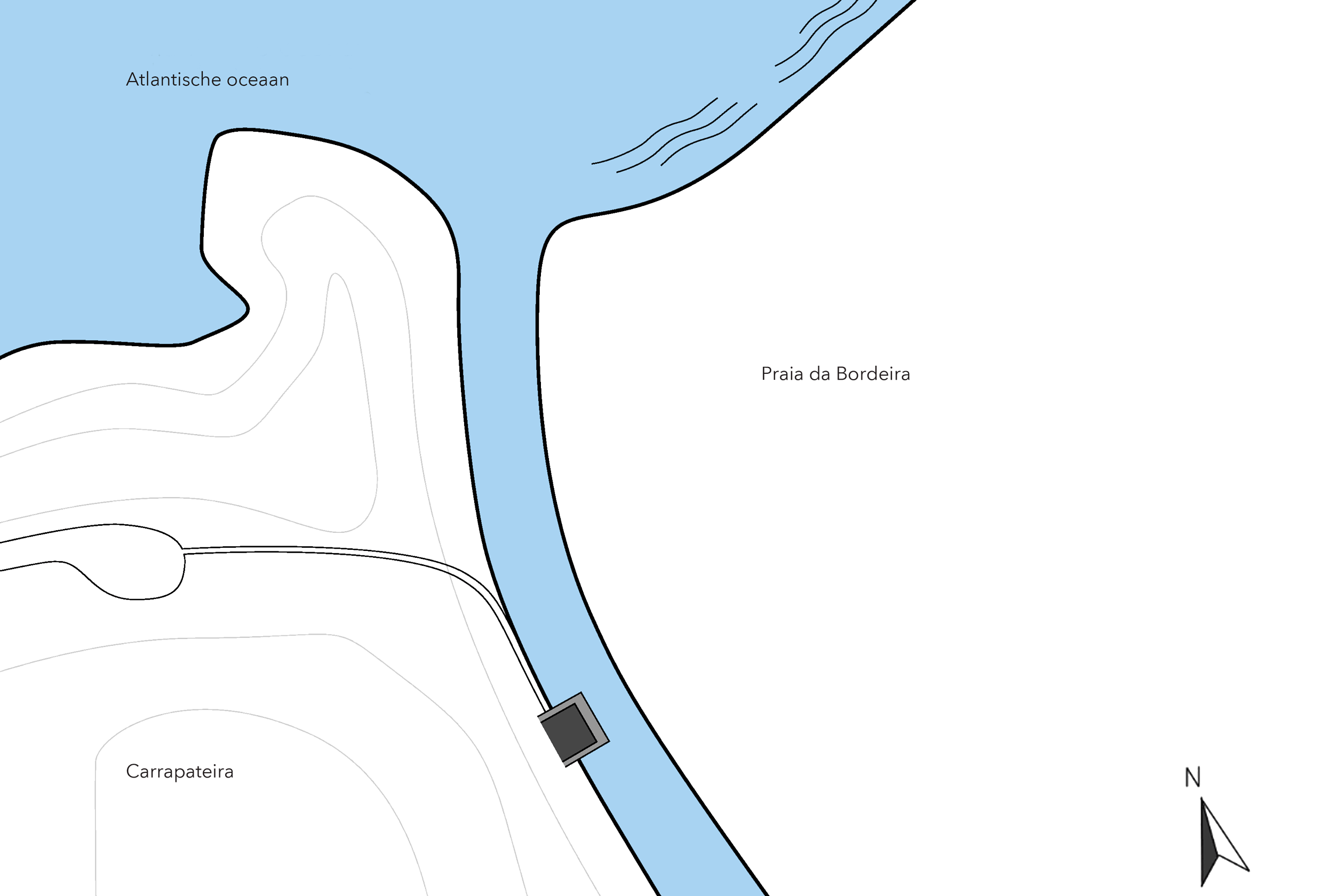 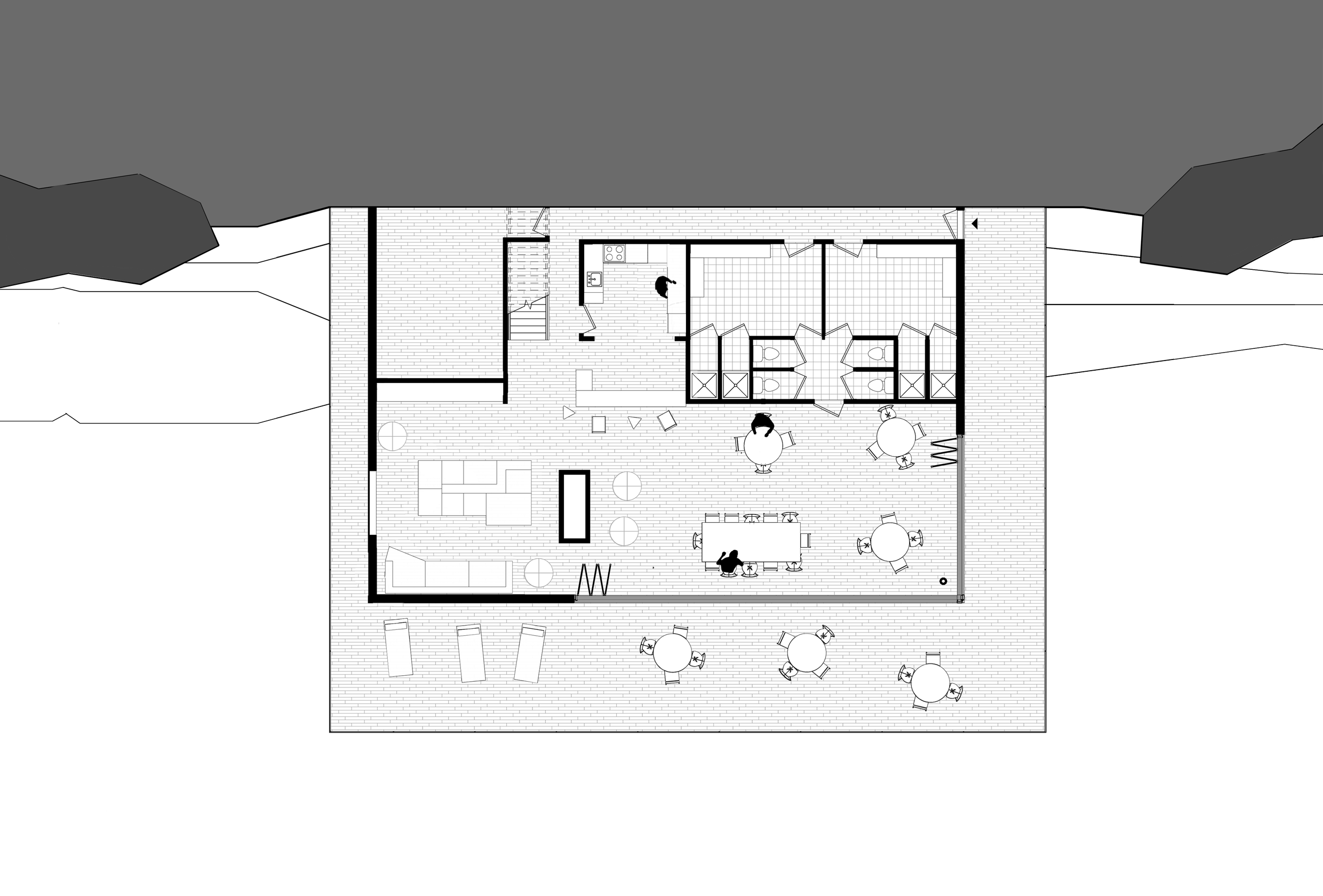 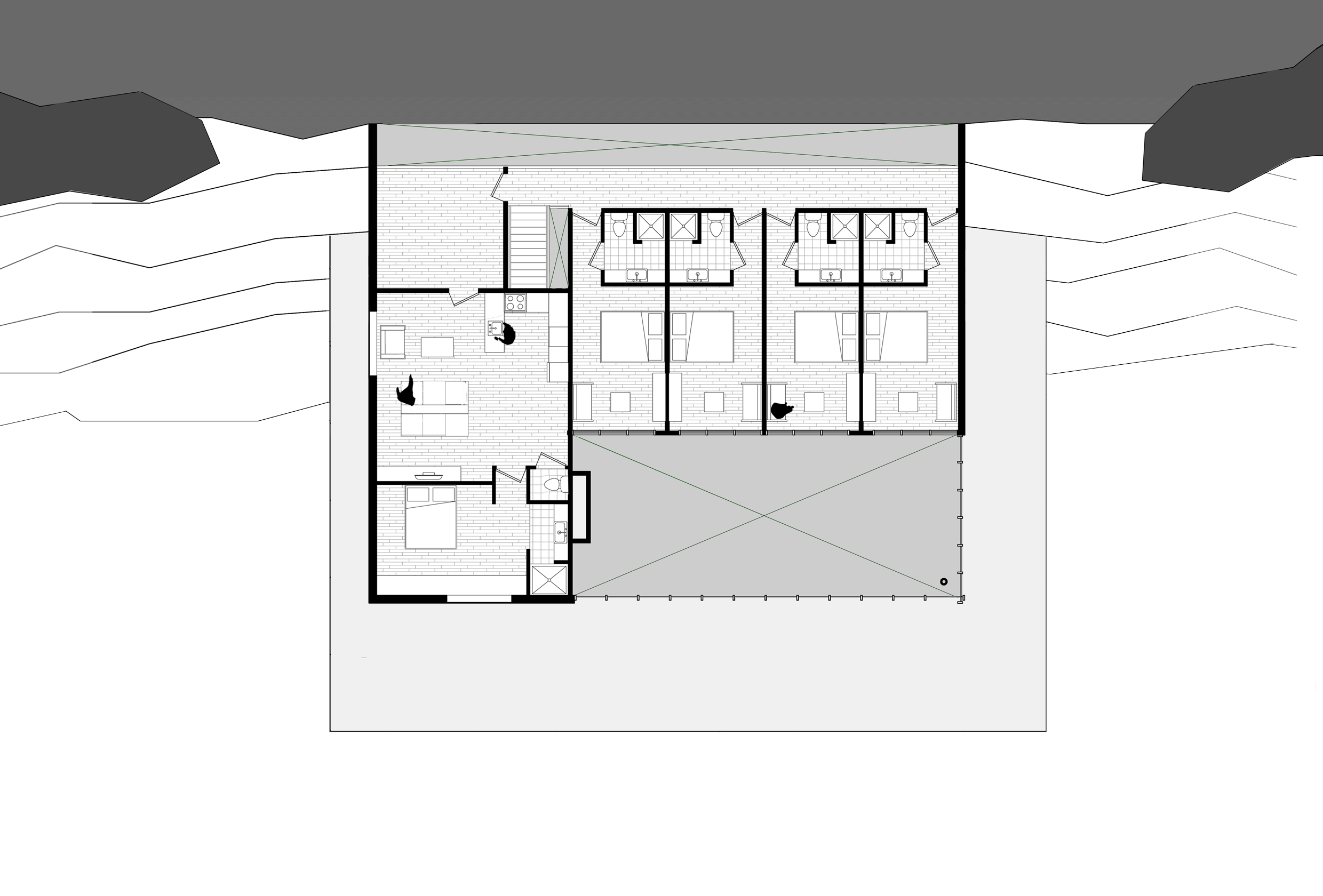