This design is based on research that the super storm, a combination of spring tide and a heavy north-westerly storm, will be the phenomenon where our coastal defence should be able to cope with.
The sports complex forms a synergy between architecture and the coastal defence in which the wind, one of the two factors for a super storm, has been of great importance to the architecture, landscape and building physics. The feel, the sound and the movement of the wind are experiences which can be seen in both landscape and architectural design. In the design, the south-westerly wind, the most common wind, is captured by the heavy angled walls.

The north-westerly wind, the most dangerous wind when it comes to the sea defence, is captured by two design elements that together form a pointed mass. This mass functions during a heavy north-westerly storm as breakwater where the wind is guided along the facade. 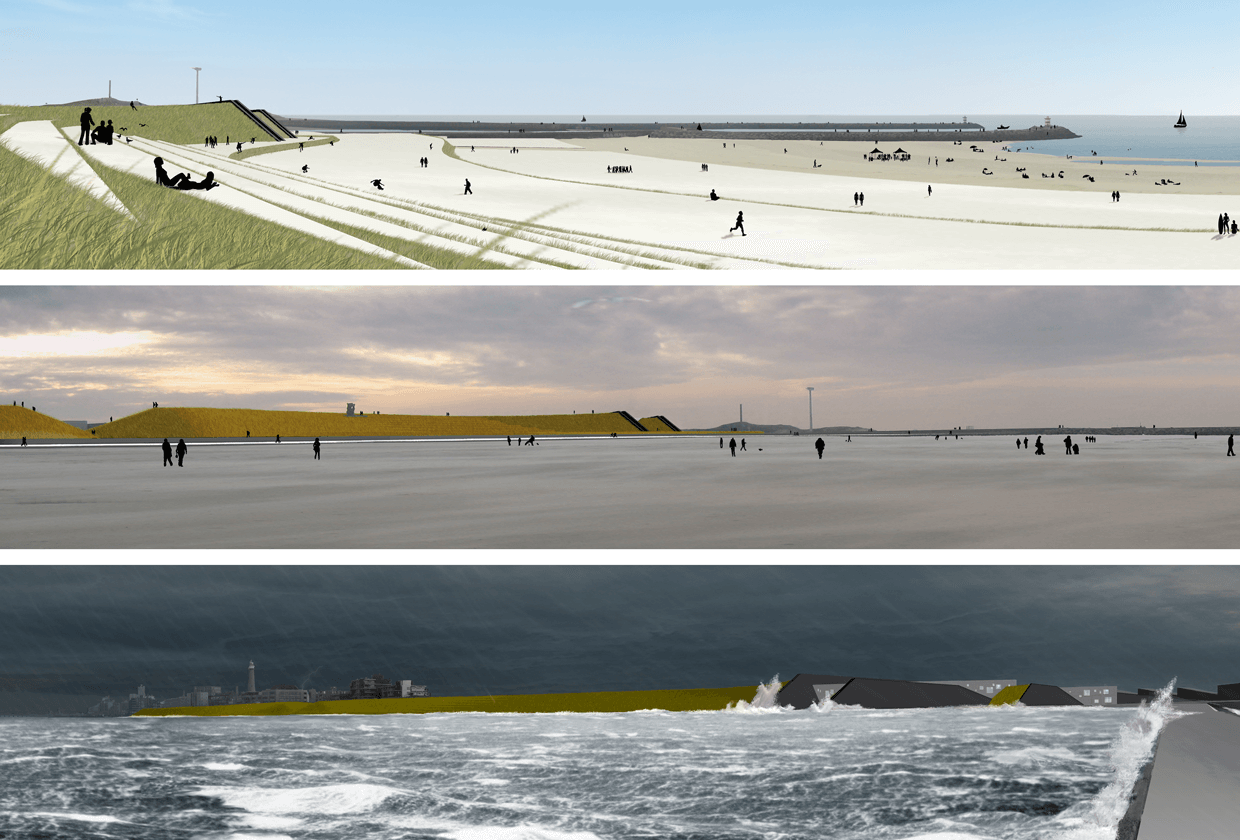 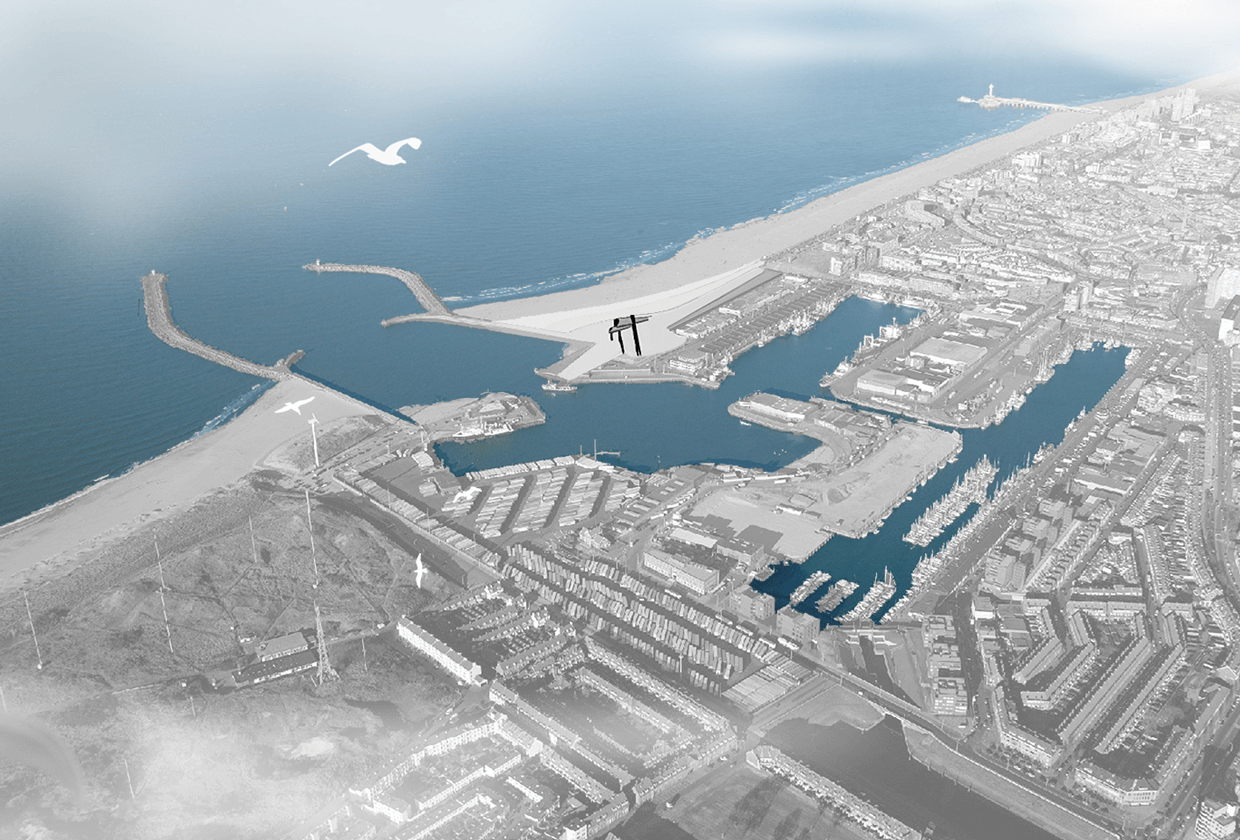 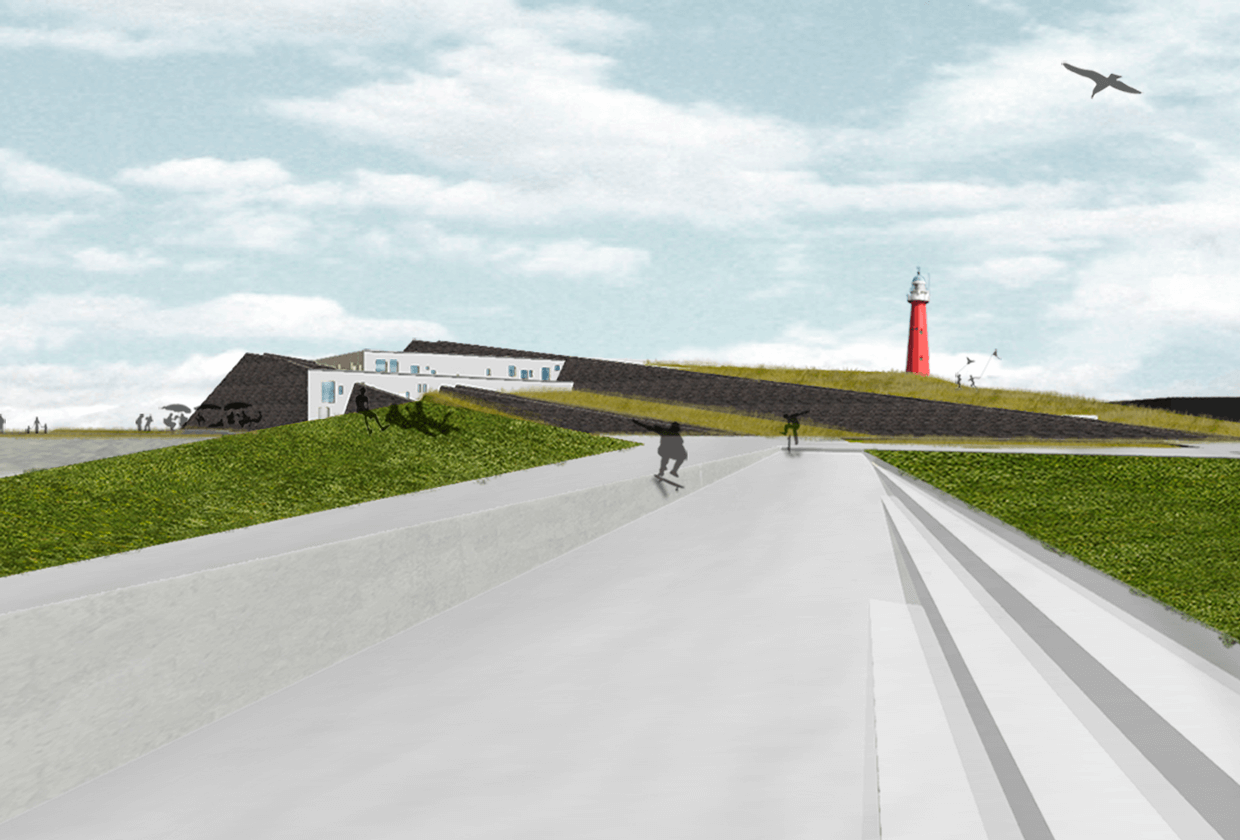 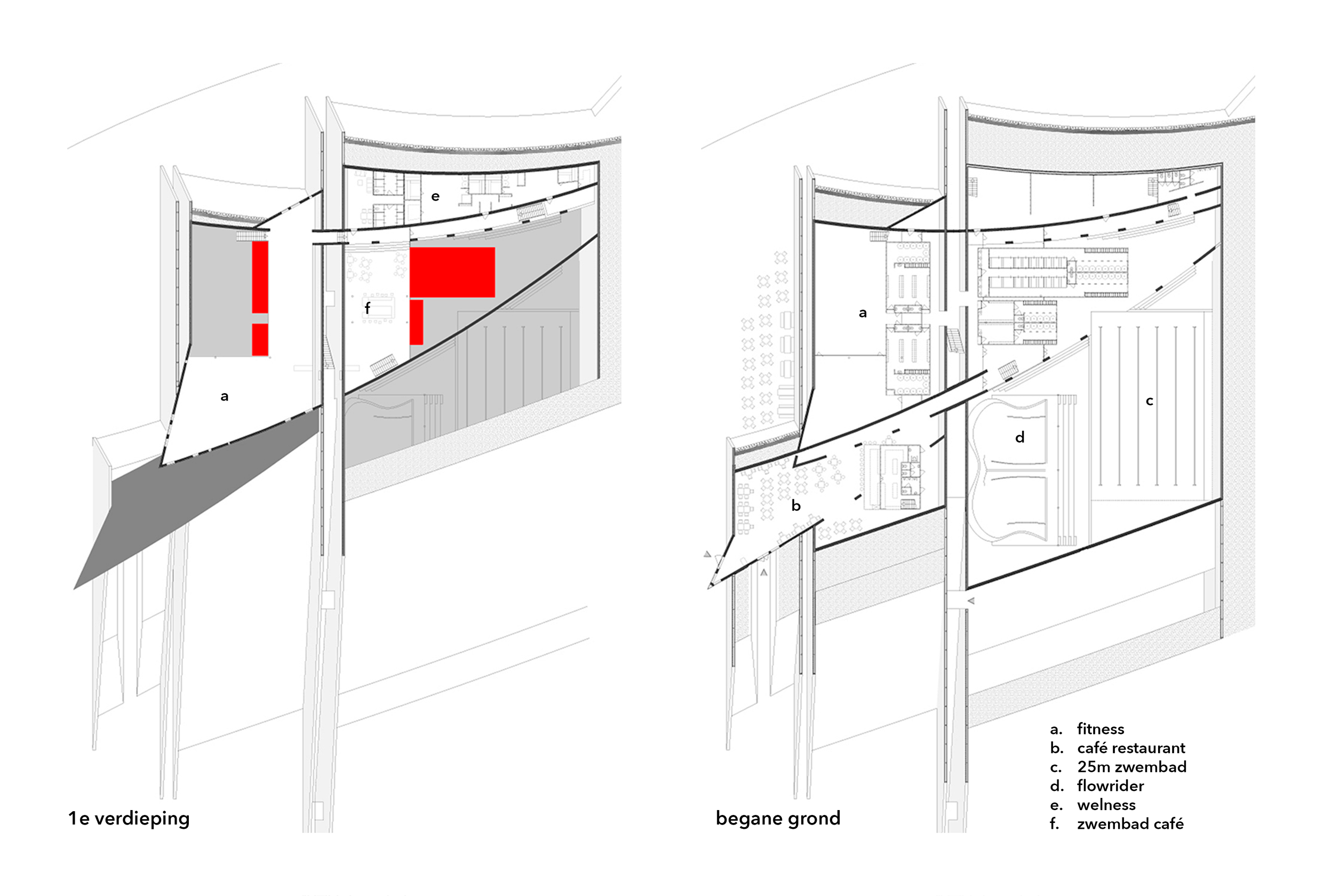